Lenovo has a big name in laptop space but is new in the android tablet space, Lenovo added IdeaPad A1000 to its portfolio, featuring a 7-inch 600 x 1024 pixels display with pixel density of about 170ppi and Jelly Bean v4.1 out of the box which is upgradable to V4.2. A1000 is a budget tablet and is available at under Rs. 9,000 (~$125, ~100 EUR). At such a price range we were not expecting a good build quality but it shocked us with its great build quality. Surprisingly, you don’t get any headphones inside the box. Now let’s Review it in detail

Lenovo IdeaTab A1000 is powered by ARM Cortex-A9 Dual Core 1.2 GHz CPU it gets 1 GB of RAM. It is available in 4GB, 8GB and 16GB internal storage option. It can be expanded up 32GB via a microSD card slot. Audio output is great as it is certified as Dolby Digital Plus.

Lenovo has opted not to give  3G support but you do get 2G support in it which is a bit downer. It also includes a 3,500mAh battery that the company claims, delivers around 8 hours of web browsing over Wi-Fi.

Front of the device is plain with no hardware buttons, the distinctive feature is the dual speaker present on both top and bottom end. Front facing VGA camera and sensors are placed on top left corner. Chrome Lenovo logo is placed beneath the screen. The top and bottom get thinner at the edges much like the Sony Xperia l, Xperia J. microUSB, 3.5 mm audio jack and Power/Lock key are placed on top, volume rocker is placed on the right hand side. microSD slot is present on the right side, SIM slot on the left side and both are covered under flap which are easy to open and close. The bottom gets the microphone. Back of the tablet have nothing except the chrome Lenovo logo and Dolby Digital Plus logo. The device features 7-inch TFT capacitive touchscreen with a resolution of 600 x 1024 pixels and gives a pixel density of 170 pixels per inch. You cannot differentiate between the pixels. Images, videos look good on the display only if you are the only one looking at them as viewing angles are very poor. After continuous use the display of A1000 becomes unpleasant to look at because of very high contrasts, Whites becomes too white that text becomes unreadable. You can reduce the brightness which resolves the issue a bit and eventually increases the battery life also.

The tablet runs Android 4.1 Jelly Bean, out of the box. Lenovo’s skin on Android in not very heavily loaded as it is in the HTC’s or Samsung’s, it’s pretty close to stock android. The company had not even tweaked stock apps like camera, calendar, clock, FM radio.

Lenovo added quick shortcuts to toggle Wi-Fi, Flight mode, Auto-rotate, Audio profile among others in the Notification bar. As there are no hardware buttons on front so the Android buttons are available onscreen. The quality on front facing 0.3-megapixel camera is very poor, we wonder why Lenovo even included it. Images taken lack sharpness, color accuracy and are too noisy. We wouldn’t even suggest video chatting with the tablet as you’ll just show up on your friend’s screen a dark, pixelated version of yourself.

The IdeaTab’s 3500mAh battery lasted between 6 and 7 hours with medium to heavy usage that included playing games and music, steaming video, and browsing the Web. This is decent for a 7-inch tablet and means you can get a whole day’s on-and-off use out of it. Still, it’s not nearly as good as the new Nexus 7 or the Asus Memo Pad HD 7.

The Lenovo IdeaTab A1000 is affordable and has an above average set of speakers, but it makes too many sacrifices with features and performance. Display is unpleasant, internal memory user gets is too low, no rear facing camera and poor front facing camera, the only thing going for this is its super affordable price point, which no doubt will attract consumers who are strapped for cash. For alternatives you can look at the super amazing Asus Nexus 7, Samsung Tab 2 P3100(if still in stock), Simmtronics Xpad Mini.

Buy Lenovo A1000 from Flipkart | Amazon 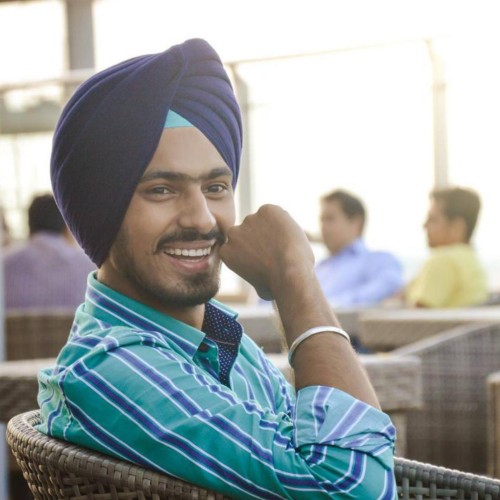 Satinder Pal Singh
Satinder is a freelance graphic designer and an occasional guest blogger interested in gadgets, latest technology and internet. Likes listening to music all the time.